​Hip Hop for Improvisation and Creation 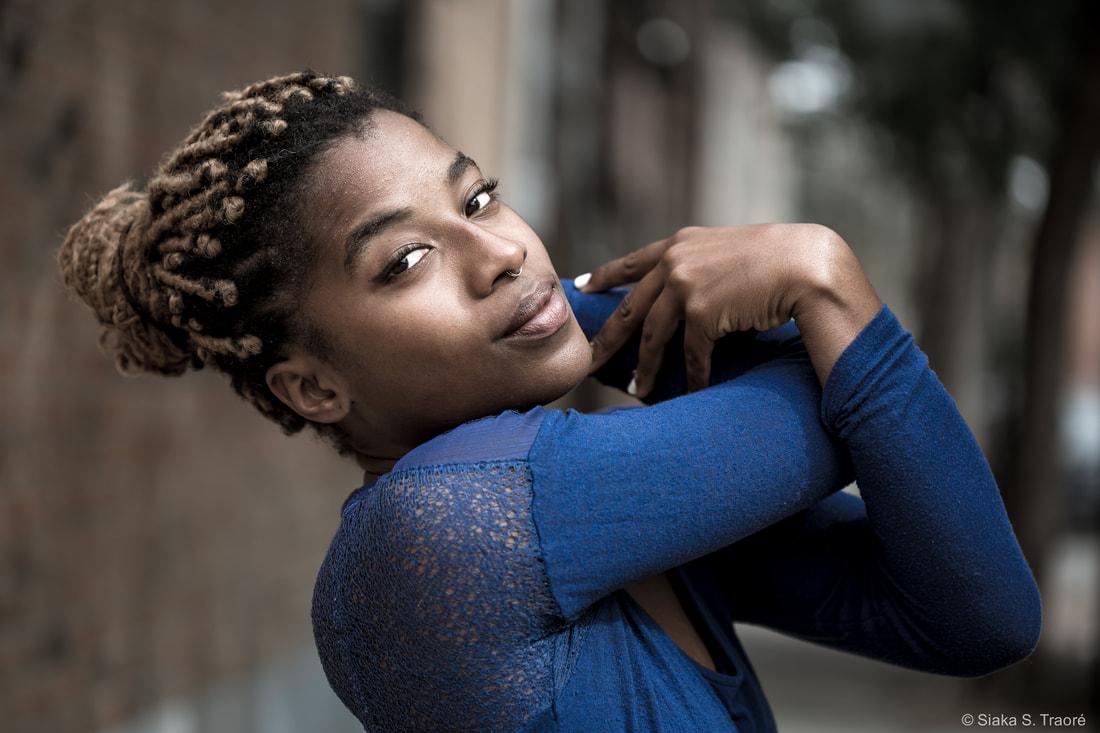 Based in Dakar, Senegal, Khoudia Toure is passionate about the energy of Hip Hop and will share Hip Hop in the context of how to use Hip Hop to access Improvisation and Creation.

​In 2009, she had the opportunity to learn and train with some of the pioneers of street dance styles in New York. She then decided to return to her African roots in Senegal to participate to the street culture momentum in her hometown.

Khoudia is a co-founder of the dance social project Sunu Street, providing dance education programs to the underserved youth in Senegal. Since 2016, she is one of the choreographers and founding members of Compagnie La Mer Noire, a collective hip-hop dance company based in Dakar. With its productions, the troupe also performed in several theaters in France, South Africa, the Netherlands, Spain, Germany, Cameroon and others. She directed original projects mixing dance with other artistic disciplines and gained recognition in several international Hip Hop competitions (Juste Debout, Summer Dance Forever, Hip Opsession).
​
Khoudia was selected in 2018 as the Protégée in the Dance category for the Rolex Mentors and Protégés Arts Initiative, under the mentorship of the renowned choreographer Crystal Pite. In February 2020, she created “When the night comes”, her first original work, performed at the Baxter Theatre of Cape Town, in South Africa. Throughout the year, Khoudia is based in Dakar, Senegal, where she creates new works with La Mer Noire, and travels internationally to perform, teach and exchange.